New Video and Website Highlight Malia Cohen’s Record of Failure and Extremism
Cohen Failed to Pay Her Taxes and Walked Away From Her Mortgage, Leading to Foreclosure 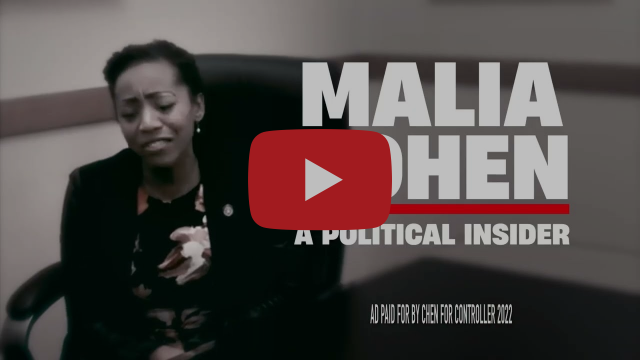 The video, “Imagine,” and website, “Cohen Record” feature several disqualifying pieces of information about Malia Cohen, including her decisions to walk away from her mortgage, to not pay her business taxes, and to vote herself pay raises despite her poor attendance at work. “Imagine” will be part of an upcoming seven-figure statewide media buy.

“Malia Cohen is running for State Controller, an office that helps to oversee the fifth largest economy in the world, but has a history of walking away from her own financial and professional responsibilities,” said Lanhee Chen. “The hypocrisy is breathtaking. Malia sits on the Franchise Tax Board, which expects Californians to pay their taxes in full and on time, yet she didn’t pay her own taxes? And she was able to walk away from her home because she didn’t feel like paying her mortgage, while millions of Californians endured extraordinary hardships to meet their own obligations? If Malia can’t figure out how to manage her own finances, she shouldn’t be allowed anywhere near ours.” 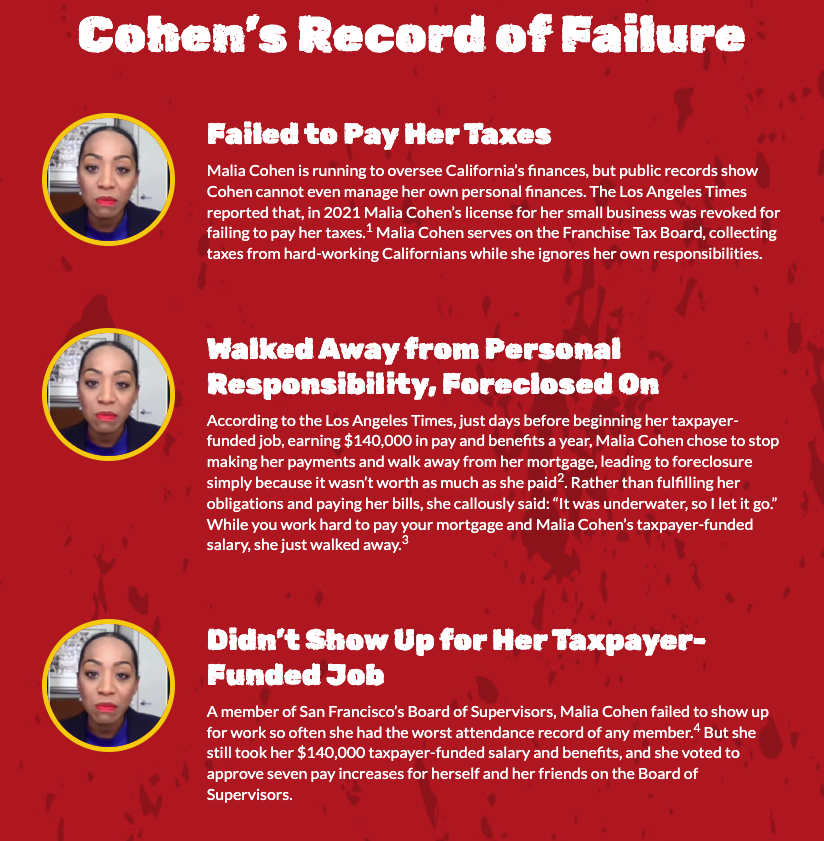