Mountain View, CA – Today, the Chen for Controller campaign released a new web video titled “The Collaborator.” The video highlights comments made by Controller candidate Malia Cohen in a recent media interview, which call into question her ability to be an effective and independent watchdog for California’s taxpayers.

“Californians want a Controller who will defend them instead of the politicians,” said Lanhee Chen. “In her own words, Malia Cohen brags about her cozy relationship with other Sacramento insiders and a ‘collaborative’ approach that would put those politicians first. With several recent examples of blatant fiscal mismanagement in our state, Californians are done with business as usual. They want a Controller with the independence and experience to keep the Sacramento insiders accountable and deliver transparency for every dollar our state spends.” 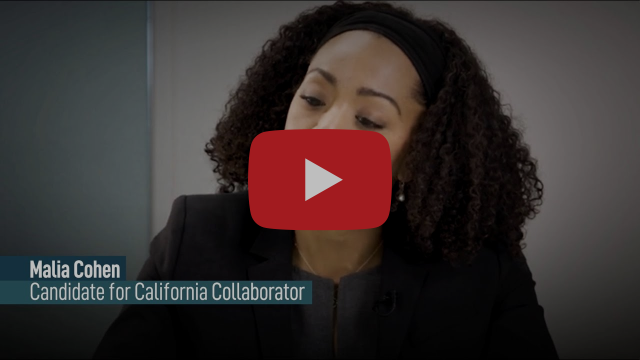